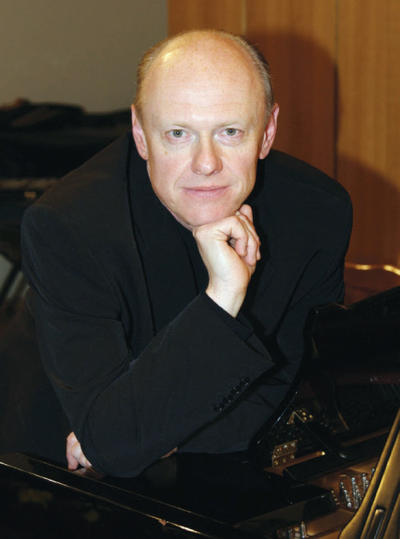 Andrei was born into a family with a strong musical tradition. His father, Col. Boris A. Diev, was a military composer and conductor. His mother, Rimma A. Dieva, was the Head of Piano at Gnessin State College of Music. Both parents were alumni of the Moscow State conservatoire.

Andrei commenced his music studies at Gnessin College in 1965. In 1973, he transferred to Moscow Central Music School, joining the class of Prof. Leo Naumov. Andrei continued his studies under Prof. Naumov at Moscow Conservatoire until his graduation in 1981.

Andrei returned to Prof. Naumov’s postgraduate class at Moscow Conservatoire. During his studies, Andrei won the First and Special prizes at the Third International Music Competition of Japan (Tokyo) in 1986. The successes at national and international competitions led to the demand for Andrei’s performances and recitals throughout Europe, the Far East and the U.S. Andrei has performed in Japan, the UK, Italy, Germany, Spain, Turkey and PRC.

He appeared on stage with some of the world’s best known orchestras, including the Soviet State Symphonic; Moscow, Zagreb, Sophia and Krakow Philharmonics; the NHK, BBC and RAI Symphonics. Andrei performed on such famous stages as the Moscow Conservatoire Great Hall, London’s Royal Festival Hall, Milan’s Sala Verdi and many others. Andrei has collaborated with leading conductors, including Sir Alexander Gibson, Vladimir Ziva and Valery Gergiev, as well as with leading performers, such as Alexander Kniazev, Kaja Danczowska and Philippe Bernold.

Andrei is a Professor in Piano at Moscow State Conservatoire. He gives masterclasses worldwide, and has visited in his professorial capacity educational establishments throughout the world, including London’s Royal College of Music and Paris Conservatoire. Andrei’s students include acclaimed pianists, winners of and prize-takers in numerous competitions; some of the most renowned names are E. Kunz, A. Korobeinikov, A. Panfilov, D. Onishchenko and P. Dombrovsky.

Andrei’s discography is unprecedented in scale — including 24 preludes by S. Rachmaninoff, 24 preludes by C. Debussy and 90 preludes by A. Scriabin, as well as many other Russian and European composers.

Andrei regularly performs recitals for both large and small audiences. His recital repertoire spans throughout four centuries — from Bach to Messiaen. Andrei pays particular attention to the works by Chopin, Rachmaninoff, Prokofiev, Scriabin, Debussy and Messiaen.

Andrei is frequently commended for his interpretative abilities. He authored numerous transcriptions of pieces by de Falla, Prokofiev and Shostakovich.